The Aquarium and the Flowers 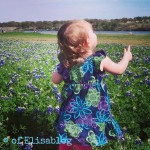 I know I mentioned in my last post that things haven’t been going as well as I would like for me, particularly emotionally, the past month or so. In an effort to keep with my resolution to stay positive about things going on in my life, here are two fun adventures we’ve had as a family recently.

Recently, a new aquarium moved into town not far from where we live. Since this area is booming, and city limits can take take 45 minutes to get from one edge of town to the other in GOOD traffic conditions, we found this to be a bonus. So despite the somewhat inflated price, we checked it out. Some friends had gotten a family pass for half off and hadn’t used it yet, so we invited them with us.

The biggest bummer was that the day dawned very drizzly and wet, and since the aquarium is all indoors, it got crowded pretty quickly. (And that happens on Saturdays, right?) But Evelyn had a blast.

She got to see exotic birds and fish, crocodiles and tortoises, touch small sharks, starfish, and sting rays, and called the eels she saw “dragons” and roared at them. 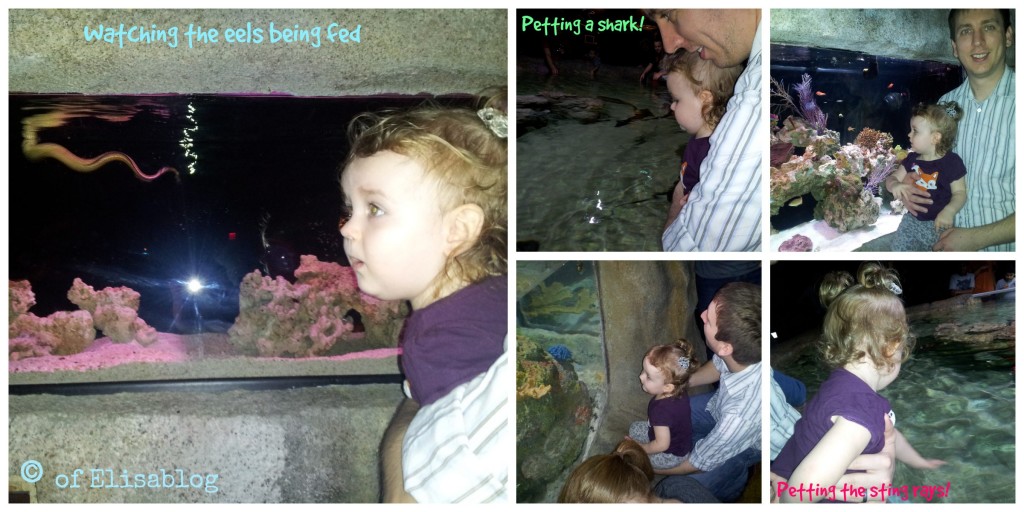 The staff was super nice, and one guy even came out and told us to stick around for a minute because he was about to feed the eels, and the kids usually enjoyed watching that. It was pretty neat. Definitely worth the family pass if you are going to go multiple times with younger kids that don’t think they are too big for the experience. 😉

Hands down, spring in Texas is both the worst of times and best of times. Worst of times: ALLERGIES GALORE. Even if you have never had serious allergy issues in your life, there seems to be at least one thing here that ends up getting everybody at one point or another.  But the wildflowers that pop up EVERYWHERE- any field, along the side of the highways, even on the side of a busy intersection- are gorgeous. It’s hard to focus on driving because I just want to stop and smell the flowers!

We were kind of overwhelmed last year and only caught the tail end of the beautiful wild flower season here for Evelyn, and we were sort of bummed about that. We made a goal to be better this year. So when I happened across a list of some of the best bluebonnet spots last week, I was determined we’d take advantage of the sunny Saturday we had to go get some pictures! 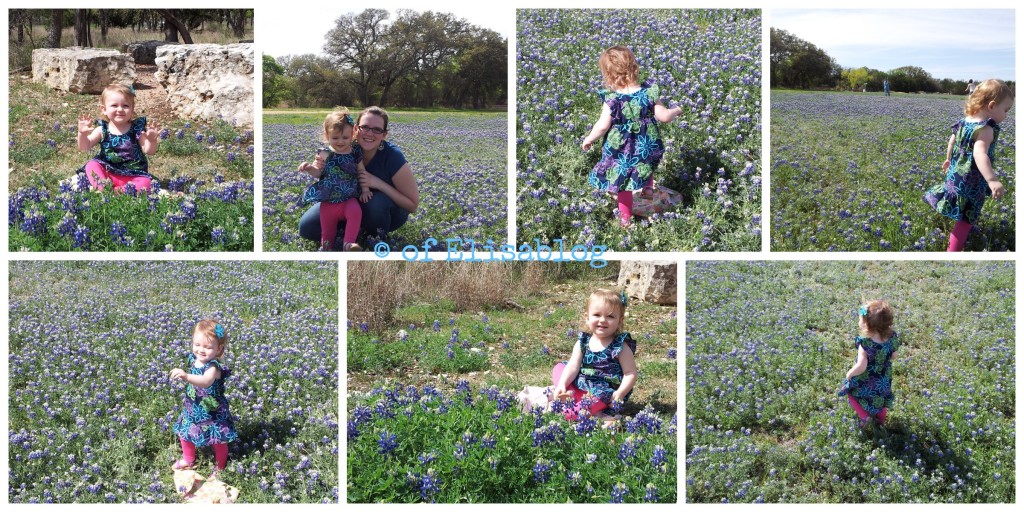 As you can tell, we weren’t disappointed. Evelyn was entranced by the flowers, but not enough to keep still for long. We grossly overestimated her attention span in competition to all that goes on at a busy park on a Saturday. Despite all that, I still think we got some cute pictures and some great memories. (All these photos were taken by the very persistent Jared.)

(One of my personal favorites that I took with my phone of us trying to compete with an airplane for Evelyn’s attention. Clearly, we lost her attention, but still got a great pic!)

Hope you enjoy our family memories as much as we have trying to make them!